Curves, like diagonals, have a sense of movement and direction, and is some ways can be considered a kind of diagonal line. Because they pull the eye in, they are useful in planned composition. Curves have associations of smoothness, grace and elegance, and so add these feelings to an image.

I think the curves in this composed photograph give a sense of movement. It may not be obvious in this view that is part of a wind-driven toy, but the whole structure of it is meant to impart movement.

I like the simple and obviously functional curvature of this building. 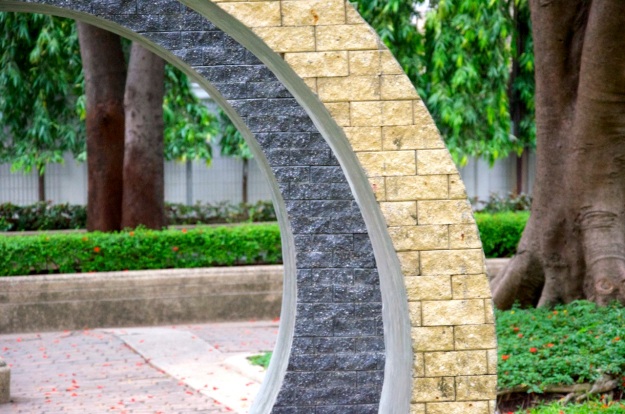 A section of a sculpted structure, that in whole formed two simple ovals.

The gentle organic curves of these fern leaves suggests the constant direction of their typically rapid growth.

“Diagonal lines are rather easier to create in a photograph, as they depend mainly on viewpoint. Whereas many scenes contain real horizontals and verticals – streets and buildings, for instance – there are few real diagonals, staircases are one of only a few instances. the camera angle and perspective, however, make dials common in photographs.” 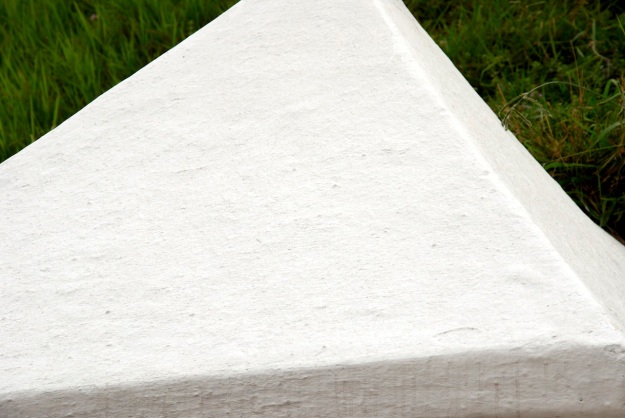 “Lines in photography are usually the edges of things, and the quality that makes them stand out is, more often than not, contrast. In other words, the edge of something bright against a dark background, or vice versa, is how lines normally appear to our eyes. Lines can occur by implication, with our imagination making the connection between points.” 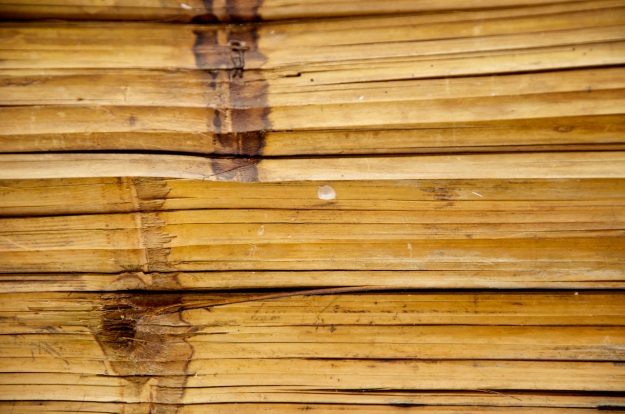 This photo shows flattened bamboo poles that were being used in the wall of a house under construction to provide a kind of insulation. I zoomed in on a small section of it.

At the same property as above, but a part of the construction that was being completed using bricks. I stood quite close to the wall, but at the same time zoomed in. 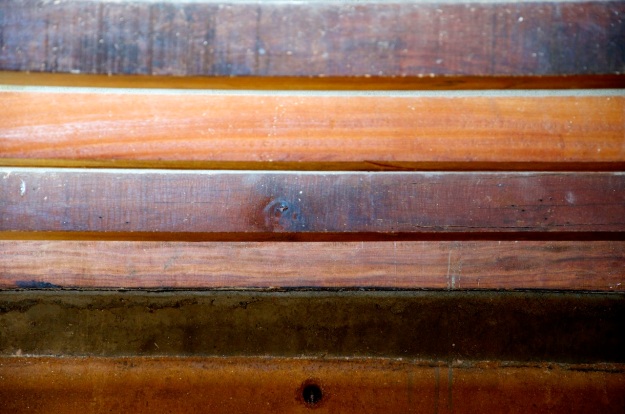 This house was turning out to be a treasure trove of horizontal lines. This image is of ceiling height planking. Again I choose to zoom in to try and get a sense of the different textures and colours of the wood grain. 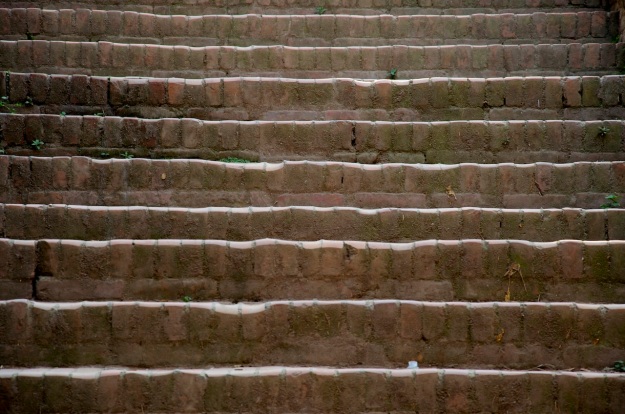 Walking around the neighbourhood I came across a steep set of brick steps that had strong highlights across the flat of each step. I zoomed in strengthen the effect.

The Kathmandu Valley is home to a very large number of earthen brick factories. It’s very common to come across piles of neatly laid bricks, awaiting delivery. I walked up faily close to a pile for this image. I think if I had kept to a wider view then a stronger or clearer vertical line effect may have resulted. 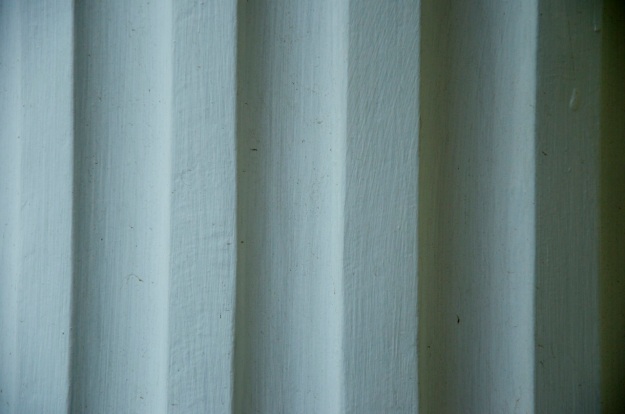 This is a painted concrete column attached to a part of my house. The alternating light and shadowed edges of the physical relief form the vertical lines. Another zoomed in photograph for effect.

This was one image in which the lines were not at first obvious to the eye, but became much more so when viewed through the confines of the camera frame. It’s a knotted weave rug. It’s quite colourful and textured., I like it.

This may have been the laziest photo of all to take. Sitting on my sofa on night, I noticed the vertically arrayed folds of a curtain and took the shot. I didn’t even have to put my beer down!

I think the most successful of the photos, as seen by the camera, is the 4th horizontal photo. Within the confines of the frame  one’s eye is drawn the the long bright reflective highlights of the edges of the brick steps. But the most successful as the eye sees it, for me, was the rows of bricks. The image of the bricks is a zoomed in view of a much larger wall of loosely piled bricks, and upon first observing I almost immediately saw the rows and column of their arrangement. i didm not have to seek out this pattern, as in say any of the other images.

The least successful is probably the 2nd horizontal image. Whilst the horizontal lines are continuous and unbroken, the effect is somewhat lessened by the short discontinuous vertical lines created by the end-layed bricks.

I found that I had to actively seek out examples of both and horizontal lines as they were not always immediately obvious. I guess that may not say much for my powers of observation. I think I also took the requirements too literally in looking for definite examples, usually by zooming close-in on the details of the subject to show the required qualities.